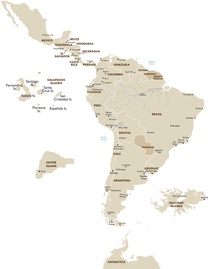 Our Central and South America Tours and Vacations

Belize is a country located on the Atlantic Ocean and known for its excellent beaches, dive sites, coral reefs, abundant wildlife and marine life. When on a Central America tour, another popular attraction of Belize is its Mayan history which it shares with its neighbouring countries, Mexico and Guatemala.

Costa Rica is a destination with many attributes. It is a natural paradise in which 25% of the country consists of national parks, all with outstanding scenery.  Its capital, San Jose, is a colourful and vibrant city with diverse neighbourhoods, interesting museums and colourful markets. The Arenal National Park has the world’s most active (but safe) volcano and is a great place, with its attractive waterfalls and hot springs, for activities such as hiking and viewing wildlife. The Monteverde Cloud Forest is very biodiverse with an abundance of tropical plants and wildlife. The Manuel Antonio National Park consists of both rainforest and coral reefs and is stunningly beautiful with some of the best beaches in the country. For further volcanic activity, visit Rincon de la Vieja with its trails, waterfalls and wildlife. Costa Rica, worthily, is proud of its eco-friendly sustainability. 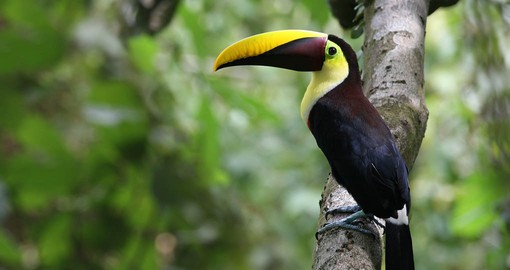 Goway also offers travel to El Salvador with its Volcanoes National Park containing three major volcanoes, Honduras with its archaeological site, Copan, Nicaragua with its several lakes of volcanic origin, the largest being Lago de Nicaragua and Panama with its remarkable canal.

Guatemala is probably best known for its archaeological site, Tikal, which dates back to the 1st Century AD with some excellent ruins from the pre-Columbian era. Antigua is a small city surrounded by volcanoes and full of historic, attractive Colonial buildings, interesting churches and markets. A tour through Guatemala is not complete without a trip to Lake Atitlan, a beautiful volcanic lake in the Western Highlands ringed by small towns.

Mexico offers the visitor on Central America tours excellent beach resorts such as Cancun, Cozumel, Playa del Carmen, Puerto Vallarta and many others scattered around both the Atlantic and Pacific Coasts. There are charming and picturesque Colonial towns and cities which include Puebla, San Miguel de Allende and Merida. Oaxaca is full of culture with a rich and colourful history showcasing archaeological sites and stunning beaches. Mexico is famous for its many remarkable world-famous Mayan civilization sites such as Chichen Itza, Tulum and Uxmal in the Yucatan Peninsula. There are two cities that deserve time spent in them. One is the capital, Mexico City, which offers impressive Colonial architecture, beautiful parks, excellent museums and ancient archaeological sites as well as fine dining. The other is Guadalajara, a graceful city with a Colonial centre.

Top countries to visit on a tour through South America

Argentina is a diverse country scenically. Time spent in Buenos Aires allows for soaking up the country’s culture. There are excellent museums and art galleries, an amazing cemetery in Recoleta where Eva Peron is buried, irresistible tango shows complete with dancing and mouth-watering restaurants offering grilled meats par excellence.  For wine enthusiasts, head to Mendoza perched on the edge of the Andes Mountains. Scenic Bariloche is for both skiing and summer visits. Patagonia is a unique land with exceptional and dramatic national parks, ice fields and glaciers; a perfect place to visit on a South America tour.

Bolivia has amazing scenery consisting of rugged mountains with snow-capped peaks, vast deserts, dense jungle and high-altitude lakes. La Paz is the world’s highest capital where the city’s buildings cling to the sides of mountains. You can wander its streets and lively markets or just take in the ambience at an outdoor café. Sucre, with its mild and agreeable climate, has a reputation as one of South America’s most beautiful cities with its whitewashed buildings and wealth of Colonial architecture. Santa Cruz is actually Bolivia’s largest city, vibrant and lively with much to offer the visitor. You can also head north of La Paz to nearby Lake Titicaca with its many fascinating Inca sites.

In Brazil, Rio de Janeiro conjures up the Mardi Gras carnival, sambas and bossa novas and exotic beaches. However, if you fall for anything here, it will be the awe-inspiring beautiful scenic backdrop which includes Corcovado and Sugar Loaf Mountain. Iguassu Falls is one of the world’s most breathtaking waterfalls bordering three countries. The modern architecture, in the capital, Brasilia, will amaze you. A visit to the Amazon River using Manaus as a centre will take you right into dense rainforest. You will find Salvador a gem with its historical and quaint centre. And for wildlife and flora, you can’t beat the Pantanal. 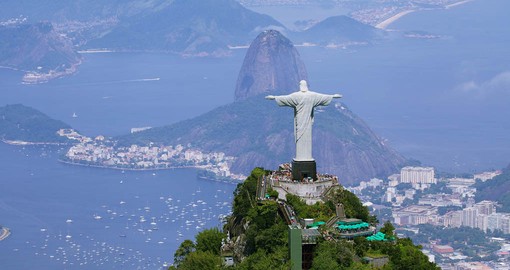 Chile, geographically, is a land of contrasts. Santiago lies in the middle and is a sophisticated capital city offering everything from museums and art galleries to excellent shopping on a South American vacation. Nearby is the old port of Valparaiso, a UNESCO heritage site, the Chilean wine region offering tastings and the upscale beach resort of Vina del Mar. The Atacama Desert region in the north is the driest place on earth with a magical sky and exotic landscapes. To the south is the Lake District with a series of attractive small lakes, snow-covered peaks and virgin forest. Further south is Torres del Paine with its glaciers. Easter Island, with its mysterious stone obelisks, is part of Chile and is located in the Pacific Ocean.

Colombia is not lacking in reasons to visit on South American tours. Bogota has interesting and colorful neighbourhoods such as La Candelaria, the oldest part of the city, with its cobblestone streets and Colonial buildings, the affluent Zona Rosa for shopping and dining and historic Usaquen with its flea markets. Medellin is known as the “City of Eternal Spring” due to its climate, but it also has an excellent arts and culture scene. Cartagena, on the coast, not only offers great beaches but also has a Colonial old town. San Agustin is the place for archaeology enthusiasts with the largest collection of religious monuments and megalithic sculptures in Latin America.

Ecuador is rich in interesting history and panoramic scenery. Quito is the second highest capital in the world and is surrounded by volcanoes. Its picturesque and well-preserved old town, with its cobblestone streets, is a mixture of Colonial and Republican architecture.  Guayaquil, the nation's largest city and the capital of Guayas Province, lies on the banks of the Guayas River about 60 kilometres (40 mi) north of the Gulf of Guayaquil, near the Equator. Otavalo is known for its colourful indigenous market where merchandise includes jewellery, clothing, Panama hats, wood carvings and paintings. Cuenca, a UNESCO World Heritage site has beautiful Colonial architecture and an imposing cathedral. Then there are the amazing Galapagos Islands, where a cruise on a South America tour will bring you up close to dozens of bird and animal species as well as unique flora. 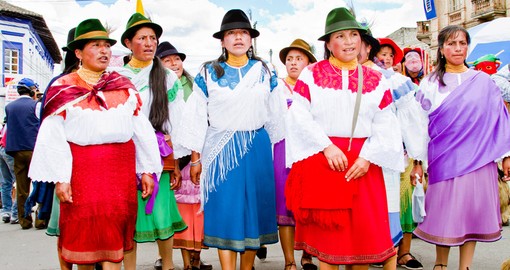 The Falkland Islands, off the coast of South America, is a country with its own personality. It is very different from the others, mainly due to its British heritage. The Falklands are home to more than 220 species of identified birds. As well, there are whales, dolphins, elephant seals, and sea lions to view, plus five different species of penguins.

Peru is famous for its world-renowned archaeological site, Machu Picchu, from the days of the Inca civilization, and rightly so. But that’s not all there is. Cusco is the colourful and lively ancient capital of the Incas with interesting churches, art galleries, palaces and convents. Nearby, Sacred Valley has a wealth of Incan sites to explore as well as indigenous markets. In the south, Lake Titicaca offers the floating reed villages and more Incan sites. The capital, Lima, is known for its gastronomy, old colonial centre and its excellent Larco Museum.

Uruguay can be reached by hydrofoil from Buenos Aires. Spending time in its capital, Montevideo, with its mixture of colonial architecture, beaches and neighbourhoods, Uruguay’s outstanding, internationally famous beach and sailboat resort, Punta del Este, and quaint Colonia del Sacramento with its cobblestone streets makes a trip to this small, manageable country well worthwhile on South American tours.

Once a decision is made on which destinations to visit in this wonderful continent, book one of Goway's South America tours and Central American tours today and let the adventure begin!