France in many ways is not just a country but a way of life. It has given the world its culture, its cuisine, its fashions and so much more.  It has produced many influential artists, thinkers and scientists, and remains a prominent global centre of all things cultural. It possesses world-class art galleries and outstanding museums; it offers everything architecturally from ancient Roman sites to Renaissance Chateaux; its cuisine is legendary as is its wines and liqueurs. The sights, sounds and ambience are all there to devour on a France vacation.

Our France Vacations and Tours

France is a republic and extends from the Mediterranean Sea to the English Channel and the North Sea, and from the Rhine to the Atlantic Ocean. From the north-east to the south-west, France shares borders with Belgium, Luxembourg, Germany, Switzerland, Italy, Monaco, Spain and Andorra. It is one of only three countries (with Morocco and Spain) to have both Atlantic and Mediterranean coastlines. By area, France is the largest country in Western Europe and the third-largest in Europe. It hosts the world's fourth largest number of cultural UNESCO World Heritage Sites (39 in total) and receives the most foreign tourists of any country in the world. French citizens enjoy a high standard of living and the country performs well in international rankings of education, health care, life expectancy, civil liberties, and human development. 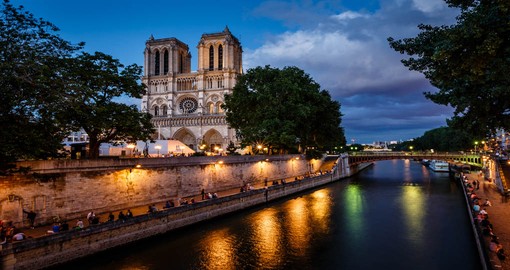 Paris is France’s iconic capital. The centre of the city is in some ways an ‘open-air museum’ with its ornate traditional-styled buildings and attractive wide avenues. The main thoroughfare, the Champs Elysees is essentially the epicentre of the city and is close to the Eiffel Tower, the tallest structure in Paris and the hard to miss Arc de Triomphe at one end. Paris boasts several excellent art galleries - the Louvre, which is the most visited art museum in the world, the Musee d'Orsay, a converted railway station mostly devoted to Impressionist paintings and the Beaubourg, dedicated to Contemporary art are just three. On trips to France, nothing beats sitting at a typical Parisian sidewalk café watching the world pass by. For lovers of both architecture and history, both can be found just outside the city on Paris tours with the beautiful and extensive palaces and gardens of Versailles and Fontainebleau.

The French Riviera, also known as the Cote d’Azur is one of the most famous coastlines in the world and rightly so. It is sandwiched between the Alps and the Mediterranean Sea and is so extensive that there are many large and small resorts to choose from on a France vacation. All are scenic, attractive and alluring, stretching from just east of Marseilles to the Italian border. Nice is the Grand Dame of the Riviera, with its elegant Promenade des Anglais and its Picasso and Chagall Museums. Cannes is a sophisticated resort famous for its film festival. Monaco, although a separate entity (and country), is home to casinos, sailboats and the Grand Prix. Other fashionable resorts include Juan-Les-Pins, home to celebrities and a vigorous nightlife, Antibes, with its old town, marina and excellent beaches, Saint Tropez, the chic resort popular with jet-setters and on and on. Inland, a visit to Grasse will bring you to the centre of the French perfume industry. 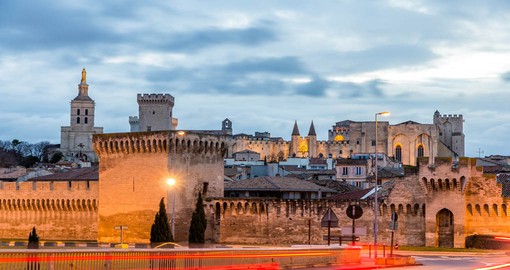 Provence is a special region with much to offer those on trips to France. Aix-en-Provence is a charming old town with narrow, atmospheric streets, a cathedral and the Cezanne Museum. Avignon is a historic city with medieval walls, its Palace of the Popes and of course, its legendary bridge which is incomplete. Arles has some important Roman remains including an amphitheatre and a necropolis and was the home of Vincent Van Gogh for a while.  Nimes has the best collection of Roman remains in France with the well-preserved Roman Temple and an Arena still used even today for events. It also has an attractive old centre. One more city offering Roman monuments is Orange with its triumphal arch and ancient theatre. Marseilles, the oldest city in France, has a unique atmosphere and the Old Port is well worth a visit, also being a UNESCO World Heritage Site.

The Loire Valley, easily accessible from Paris, is home to over 300 superb chateaux. Dating from the 10th to the 16th Centuries, its medieval towns include Tours, Blois and Orleans, plus it is a major wine-producing region. Not far from here is Chartres Cathedral with its beautiful stained glass windows.

Brittany is a distinctly individual province, not unlike Devon and Cornwall in England in character, with its rugged coastline, undulating hills and valleys with wild moorland, stone-built villages and medieval towns and resorts such as St. Malo with its fortress and Dinard with its attractive beaches. Predating Stonehenge is Carnac, with its large collection of megalithic sites. Brittany is the original home of the crepe, a reliable, mouthwatering favourite that enhances countless trips to France.

Normandy is probably best known for its ‘wartime’ beach sites and the D-Day invasion by the Allied troops. Today they are a memorial to the 2nd World War. But there is more to Normandy with its fashionable resorts such as Honfleur and Deauville. Bayeux is famous for its 900-year-old huge tapestries. Rouen is a very atmospheric medieval city with an outstanding gothic cathedral. Normandy is also noted for its production of cider and calvados. 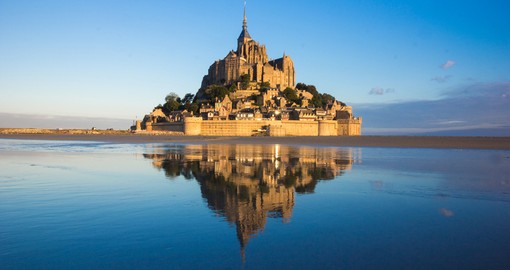 French wine is recognized worldwide. There are many regions in France producing quality wines. However, the principal ones are Burgundy, Bordeaux and Champagne regions, (the Loire Valley has already been mentioned). Burgundy stretches from just south of Paris to the north of Lyons. The major cities in Burgundy are Dijon, Beaune and Macon. The region is responsible for the production of Chablis and Beaujolais. Bordeaux centres around its namesake, the charming city of Bordeaux, a place to spend some time in on France tours as well as visit the local vineyards to discover the delights of St. Emilion, Graves and Sauterne wines. While sparkling wines can be found throughout the world, the Champagne region, located directly east of Paris is the only wine region in the world that produces genuine Champagne.

When it comes to skiing in Europe, 4 countries usually come to mind, Switzerland, Austria, Italy and France. France is second to none when it comes to quality, world-renowned ski slopes and resorts such as Chamonix, Val d’Isere, Alpe d’Huez and Courchevel, all easily accessible from Geneva in Switzerland.

There is even more that will delight the visitor on a France vacation. Vive La France may well be something one feels after a visit to this exceptional country.

When is the best time to visit France?

The best time to visit France is in the spring (April to June) or fall (September to November) when there are fewer tourists, lower prices and moderate temperatures. The summer months can be hot, crowded, and expensive. Avoiding the main French holiday period which is mid-July to the end of August is a good idea. At that time almost the entire country closes down. Northern France, like nearby Britain, is wet and unpredictable. The most reliable weather is along and behind the Mediterranean coastline and in Corsica,

What types of tours are available in France?

Goway offers individual stopover packages to Paris, Lyon, Nice, Marseilles, Bordeaux, Avignon and Aux en Provence. All of these can be combined. Another great combination is Paris with London. You can add a Normandy itinerary to a stay in Paris. Provence and the French Riviera make a good tour. For cruise enthusiasts on a France vacation, how about a cruise covering the Burgundy wine region or Normandy or the Loire Valley. Another interesting speciality itinerary is to the World War 1 battlefields from Lille.

Train travel in France can be inexpensive and is by far the easiest way to get around the country.  The high-speed TGV lines can be expensive so you can consider the slower trains. Local transit systems are reliable and most cities and towns have extensive train, bus, and streetcar  systems. Taxis can be expensive. Car rentals are a good idea for independent travellers on a France vacation.

What could be more special on travel to France than a stay in a French chateau once inhabited by French royalty?. There is a large selection of chateaux in the Loire Valley located about 2 hours outside Paris.

There is even more that will delight the visitor on a France vacation. Vive La France may well be something one feels after a visit to this exceptional country.

Introducing the Grand European, Goway’s Exclusive Holiday of a Lifetime to Europe

For Wine Lovers, a France Vacation Can Be Rewarding

Honeymooning in Paris on a France Vacation

Unique Views and An Unforgettable Journey on Your France Vacation

A First Timer’s Guide to an Unforgettable Paris Vacation

Add a Festival to Your European Vacation (Part 1)

Spend Time on the French Riviera on a Trip to France

The Lure of the Loire Valley in France

Explore the Attractions of Brittany on a Trip to France

Auvergne, a Province Waiting to Be Discovered on a Trip to France

Tour the Battlefields of WWI and Pay Remembrance, on a Trip to France and Belgium

10 Free Things to Do in Paris

Consider an additional stopover to your France Tours on one of Goway's other European tours. You can also choose from a London vacation, an Amsterdam vacation or a Belgium vacation. This can be done stopping over en route to or from France.

FIRST-CLASS | PRIVATE-GUIDED: Fall in love with Paris, the City of Light! Take a private city tour, visit the Eiffel Tower and cruise along the Seine river. Then, explore the opulent Palace of Versailles. On your last day, get off the beaten path on a private tour of Paris' 17th arrondissement before being swept away at the famous Moulin Rouge, the celebrated French cabaret!