Despite being overshadowed by some of its neighbours, Malawi offers a great deal of incredible natural beauty.  Malawi’s geographical location means it sits at a crossroads between Southern, Central and East Africa, and as a result, various species from these areas inhabit the country.  Although it is not the place to see the famed “Big 5” in every spot, Malawi is home to some of the big cats and an excellent elephant population, as well as hippos, antelopes, warthogs, zebras and more. It is a popular destination with bird watchers with more than 640 species recording. This means that for its relatively small size, Malawi contains more bird species than most African countries.

Malawi has been responsible for several successful conservation and wildlife reintroduction programs including the black rhino being reintroduced to Liwonde and Majete Nature Reserves. In total, Malawi has nine national parks and wildlife reserves.

Liwonde National Park is located south of Lake Malawi, on the banks of the Upper Shire River. This national park is home to one of the best elephant populations in Malawi as well as large concentrations of sable antelope, hippos and birds.  The natural vegetation is just as diverse as the wildlife population with lagoons, swamps, grasslands, woodlands and plains.

Majete Wildlife Reserve is found in the southern part of the country in the Lower Shire Valley. This reserve is part of Africa’s Great Rift Valley. Once a spot of great poaching, the African Parks Network took over responsibility for the reserve and brought about some much needed changes. As a result of these changes, the reserve is now home to more than 4,000 species and is the only reserve in Malawi that hosts the “Big 5”.

Nkhotakota Reserve, at the top of the Rift Valley escarpment, is the oldest reserve in Malawi.  There is an immense variety of bird life represented in this part of the country, and the wildlife is incredibly diverse. Species such as buffalo, elephants, lions, leopards and hyenas can be spotted here.

Perhaps the most famous national park, and the most famous part of Malawi’s landscape is Lake Malawi National Park. Established in 1980, it is both a World Heritage Site and the world’s first freshwater national park. It was named a World Heritage Site to protect the fish diversity that live there. Several species of tropical fish are found nowhere else in the world. The park’s area also includes the land around the cape and the bay as well as some islands. This part of the country is a major tourist destination. 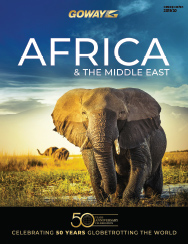